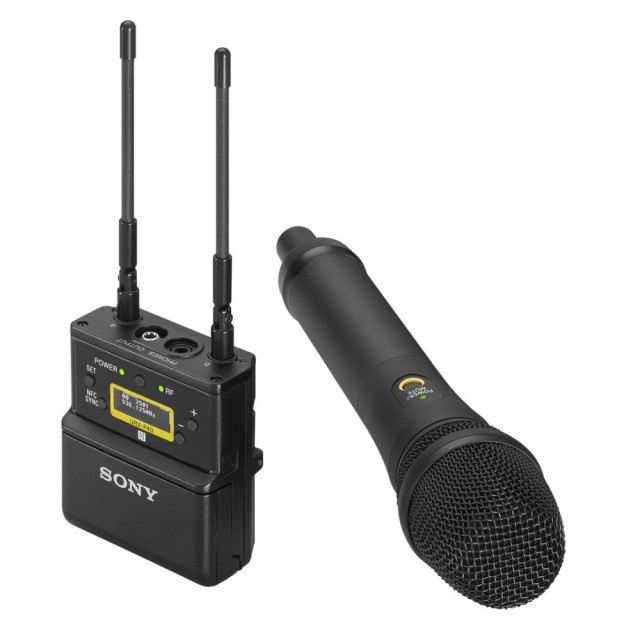 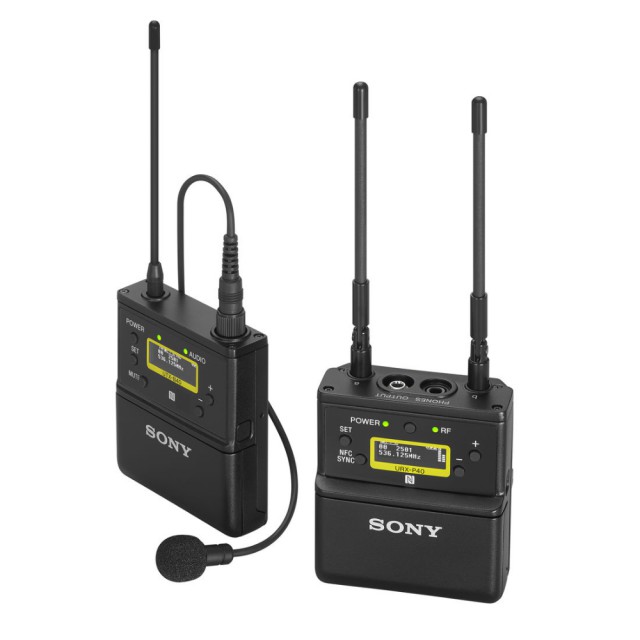 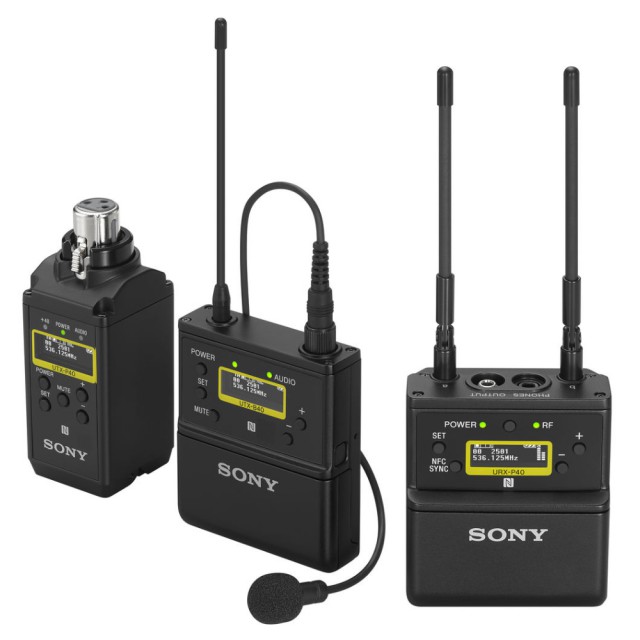 The Sony UWP-D22 is a dependable camera-mount wireless handheld microphone system that delivers uncompromising audio quality while still being easy to use and fast to set up with no menu diving. It is made with simplicity in mind for DIY cameramen, videographers, vloggers, and journalists working in the field without a crew. The system is packed with professional features including NFC Sync and Auto-Gain functions, which handle time-consuming frequency setup and mic-level adjustments for you, so you're ready to shoot within seconds.

The UWP-D22 offers digital signal processing for pristine audio and analog UHF transmission with true-diversity reception for reliability, even under difficult shooting conditions. Rugged and lightweight, this system includes a handheld mic transmitter equipped with a cardioid capsule optimized for speech. The mic is ideal in situations when it's not convenient to position a lavalier mic or you need to quickly move the mic between several people. The system also comes with a low-profile camera-mount receiver designed for enhanced mobility with compact camcorders and smaller DSLR/mirrorless cameras.

Sony shooters can take advantage of the SMAD-P5 digital MI Shoe adapter (available separately), which provides a direct, clean digital audio connection to select cameras equipped with a digital Multi Interface Shoe. With the UWP-D22, you can focus on the other critical elements competing for your attention during a shoot and confidently record crisp, clear speech or dialog for projects ranging from documentaries to wedding videos, YouTube content, corporate spots, and hands-free interviews.

The UWP-D22 is backward-compatible with Sony WL-800 and UWP Series systems.

Professional Features to Speed Up Your Workflow

NFC Automatic Channel-Setting Mode
Press and hold the NFC/Sync button, and the receiver scans for the cleanest RF channel. Simply hold the transmitter next to the receiver; it automatically syncs up and you’re good to go!

Unlike purely digital systems, the UWP-D22 allows you to send a single mic to multiple cameras for broadcast applications. Fast NFC communication makes setup for multiple receivers a breeze.

Auto-Gain Mode to Prevent Mic Distortion
Auto-Gain mode saves you the time and aggravation of setting and managing the input level on the transmitter. It uses a limiter to help prevent distortion, great when the loudness of the presenter’s voice is unknown.

The +15 dB Gain Volume-Boost mode boosts the mic gain by 15 dB to compensate for situations when the mic is not close enough to the presenter’s mouth and the audio level is insufficient.

High-Visibility OLED Display for Indoor/Outdoor Use
Both transmitter and receiver feature an easy-to-read OLED display. The quick response of the display lets you see the operating conditions clearly and accurately in real time, even in bright sunlight.

Channel Memory Function
The channel memory function lets you quickly switch between the groom’s lav mic and the wedding guest’s interview mic with the press of a button. It also allows for a fast change between mics in corporate presentations or quickly swapping to a back-up mic.

To achieve stable audio, the UWP-D receiver employs true-diversity technology with two antennas and two independent receiver sections within the unit. Both RF signals are compared and the stronger signal is automatically selected for output—reducing dropouts to a minimum.

The angle of the two antennas can also be adjusted, which helps to further prevent signal dropouts.

The system offers an 18 MHz bandwidth with 654 UHF frequencies.

The handheld mic features a dynamic mic capsule with a directional cardioid polar pattern that helps to reject unwanted background sound, making it ideal in noisy environments such as trade-show floors or busy public areas.

The transmitter uses an interchangeable mic capsule design compatible with over 40 different capsules from various manufacturers.

A Compact Build, Ready for the Camera

Using the included shoemount adapter, the receiver easily mounts on your camera, while adding minimal weight to your rig. Cables are included to connect to cameras equipped with either a 3.5mm or an XLR audio input.

The SMAD-P5 digital MI Shoe adapter allows you to integrate the receiver with XDCAM camcorders and select Sony cameras equipped with a digital Multi Interface Shoe.

Two AA batteries (alkaline or NiMH rechargeable type) power the transmitter for up to 8 hours and the receiver for up to 6 hours.

The transmitter and receiver can also be powered through their USB ports, allowing them to run for numerous hours on a USB power pack or indefinitely, if you have access to AC.

With the SMAD-P5 Digital MI Shoe adapter, the receiver can get power directly from Sony cameras equipped with an MI Shoe.

If your camera doesn’t have a headphone jack, Phone mode lets you monitor your sound via the receiver’s headphone output while recording.

When the receiver is used as a personal monitoring device by director or crew on set, Monitor mode lets you adjust the headphone volume on the fly with the +/- buttons.

Configure Your System to Do More

With this set, you can add the UTX-B40 bodypack transmitter with an omnidirectional lavalier mic, ideal for hands-free interviews.

For clearer speech in noisy environments, you can use an ECM-322BMP headset mic with the bodypack transmitter.

Adding the UTX-P40 plug-on transmitter with 48V phantom allows you to connect any handheld microphone of your choice for man-on-the-street-style interviews, or a shotgun mic for wireless booming.

Compatibility with Other Sony Wireless Systems 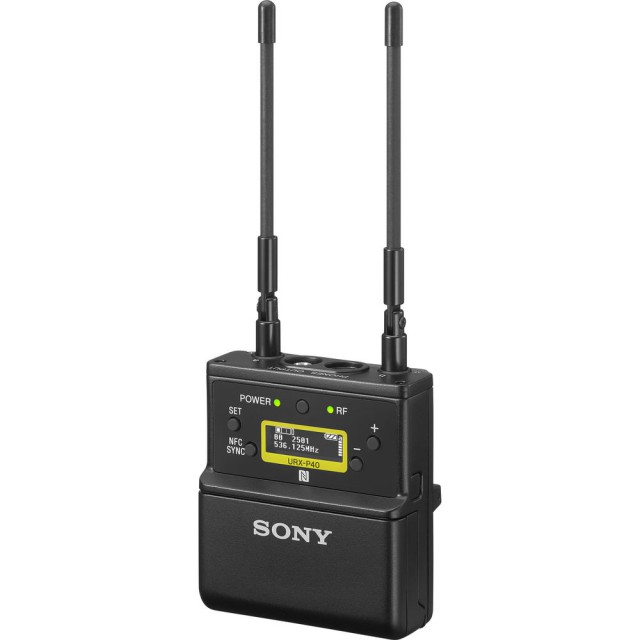 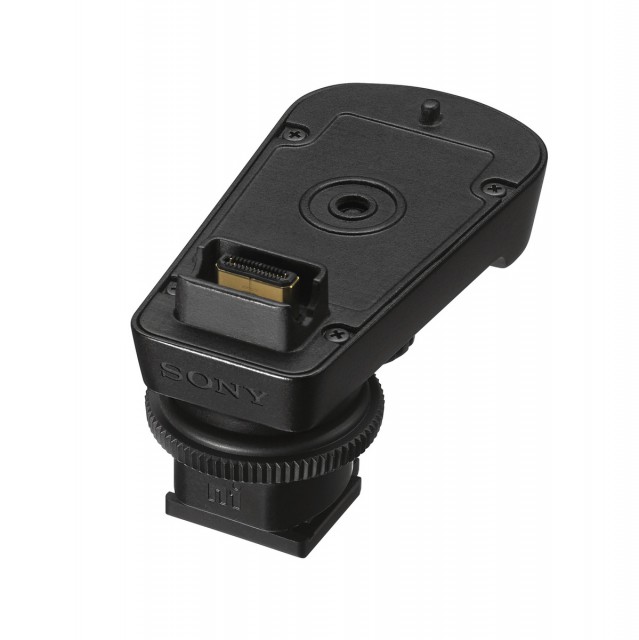 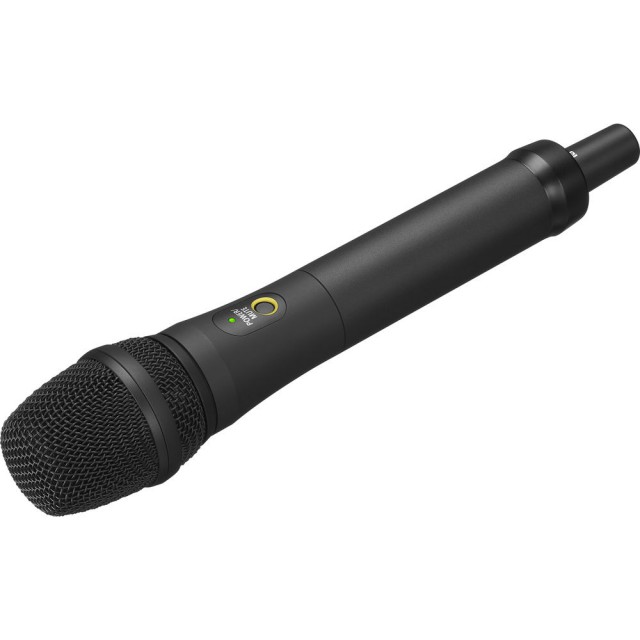 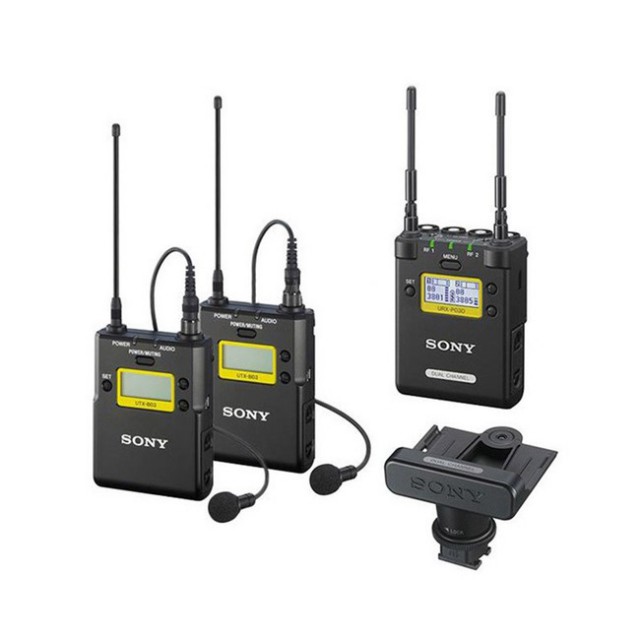 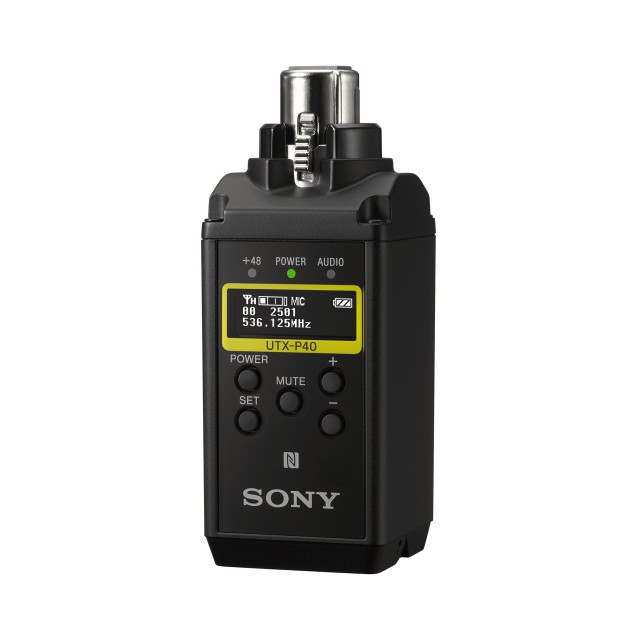 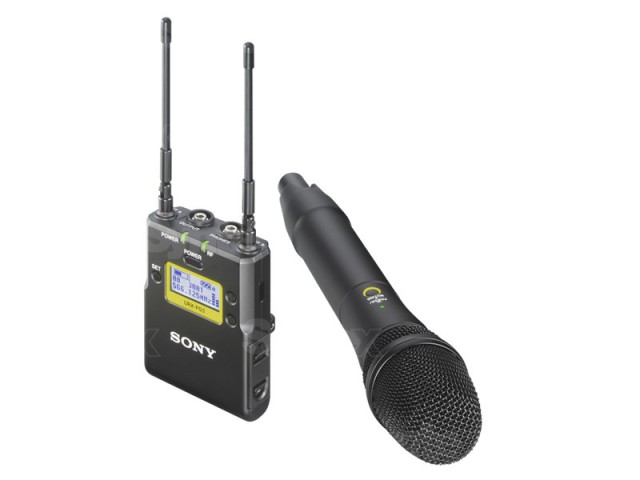